Difference between American and Canadian Lotteries 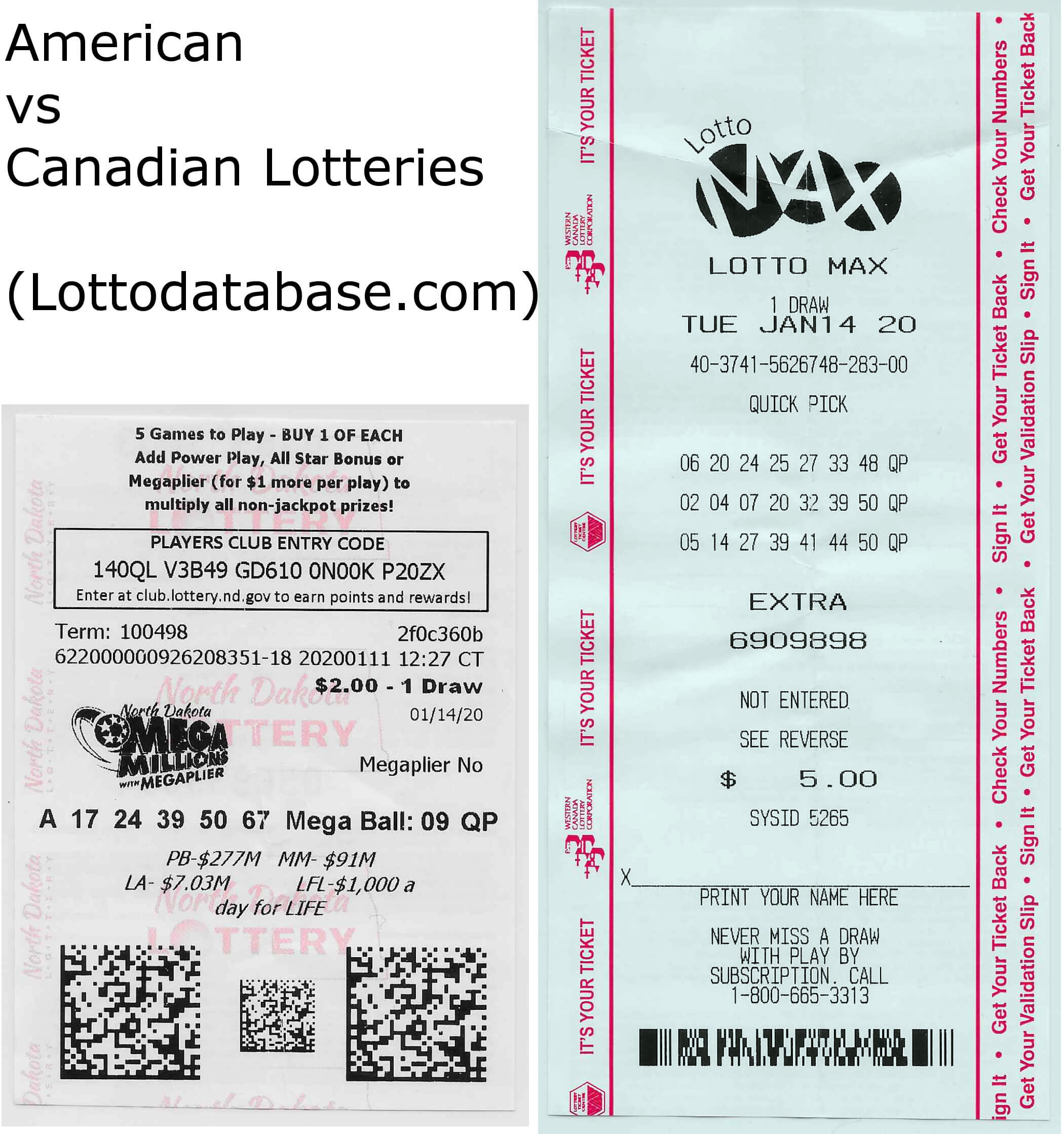 The major national lotteries of the US and Canada are played by millions of wanna-be millionaires weekly. Both countries present millions of dollars to winners.

However, the rules and laws surrounding these lotteries of these two countries are not quite the same.

We have compiled a comprehensive list of the differences between Canadian and American lotteries.

One of the biggest differences between Canadian and American lotteries is taxes.

If you deposit the cheque into a bank, it is still tax exempt. However, any interest you start to accumulate on your winnings will be taxed.

American lottery winners need to pay taxes on their winnings.

If you happen to be a non-resident of the States, then instead of 25% federal tax, it would be 30% federal tax and applicable State taxes.

In Canada, the advertised jackpot is what you win.

If you happen to win $70 Million in the Lotto MAX draw, you receive a tax-free cheque for $70 Million dollars.

In the US, the advertised jackpot is the payout if you choose the annuity option.

Megamillions has a similar annuity option except it goes over 26 annual payments.

The above example for the Powerball win did not factor in taxes. With taxes, the advertised $228 Million could come in at $151 Million, and the lump sum would be $88,000,000 after taxes.

The population of the United States is 327 million. Canada is 37 million.

Some statistics show that approximately 18% of adults play lotteries once a week or more. 58% buy tickets at least once a year. (see sources for stats).

A large percent of people buy tickets only when the jackpot is significant. Significant is subjective based on the lottery.

Most Canadian lotteries can claim their prizes within 1 year of purchasing their ticket.

Many American lotteries, you have 180 days to claim your prize.

Depending on the payout option chosen by the winner(s), you may need to claim your prize in as little as 60 days.

When the national lotteries in the US and Canada hit larger than normal jackpots, there is a increase in lottery sales. Many of these sales are from cross border shoppers who happen to notice the draws, or specifically cross the border in order to buy tickets.

Players continue to buy tickets when they are on holidays or business trips. Who wouldn't want to be that individual who makes the news for winning a cross-border jackpot. It has never been done before.

At some retailers close to the border, between 60 to 95 percent of the buyers came from across the border. In this particular case, it was with the Powerball $1.5 Billion draw on January 13, 2016.

There are specific laws pertaining to lottery tickets and crossing the borders. It is a controversial topic, with cases of tickets being seized at the border. More can be viewed in this CTV article.